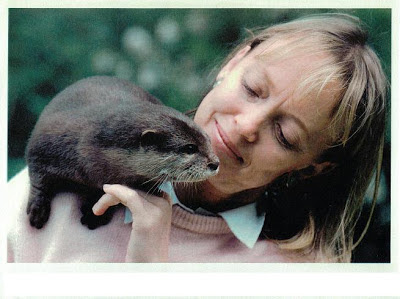 Sophie Neville with her tame otter

We have kept tame otters at Bakers Mill since 1980. These are not the large, secretive European otters that are native to Britain but sociable Asian short-clawed otters bred in wildlife parks that we've been asked to hand-rear, usually because they have been neglected by their mothers. We keep them, under license, for educational purposes. Their enclosure has a stream running through it and bath-tubs where they swim. They are cautious about of swimming in the deep water of our lake - unless we swim with them, which is a somewhat demanding experience. Being sociable the otters love showing off and are regularly taken both for walks and off to country shows around England and Wales where you can watch them and ask questions about otters. 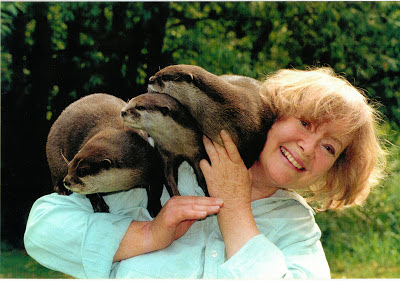 Daphne Neville with her otters

My parents started lecturing on the conservation of otters thirty-five years ago, promoting the need for pure water in our rivers so that our native otters can flourish and re-gain healthy populations in the wild. At one stage they had four tame otters but they have never bred them, for these are exotic species that cannot be released into the wild.

There are thirteen different species of otter. They are often elusive and difficult to spot but I have watched European (or Eurasian) otters fishing along the coast of Skye, spotted spotted-necked otters playing in the Okavango Delta and Cape-clawless otters swimming at Knotsie Bay in South Africa. My mother has travelled the world to see to them in the wild  ~ to California where you find the sea otter, India where she supports the hairy-nosed otter project, to an International Otter Convention in Chile and has even swum in the Orinoco River with the giant otters of Bolivia that can reach twelve foot in length. 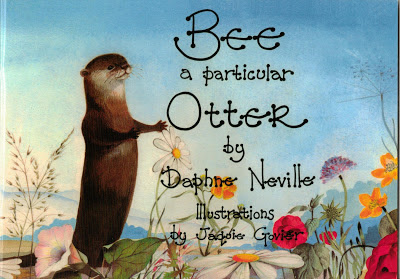 Our first otter was called Bee. This was because otters smell slightly of honey. She had so many adventures that my mother wrote a children's book about her. This came out in hardback in 1982. When she found second-hand copies for sale on Amazon recently she had a smaller paperback version printed.
With illustrations by Jackie Gouvier they are designed so you can read one story a night at bed-time for two-weeks or so and make good presents.

If you would like a copy, and live in the UK, please send a stamped-addressed A5 enveople with £1.20's worth of stamps and a cheque for £5 made out to the author, Daphne Neville, Bakers Mill, Frampton Mansell, Glos, GL6 8JH. You can find second-hand copies of the original hardback on Amazon - please see the carosel of books below. 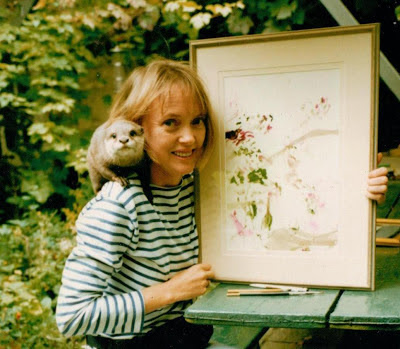 Sophie Neville with Beenie the Otter and her first painting

Hand-rearing otters is very demanding. Can you imagine having an otter cub in your bed? They are hyper-active and extremely dexterous. Until the age of 4 months they are frightened of water and will not even go near a running tap. Introducing them to it takes time and patience. 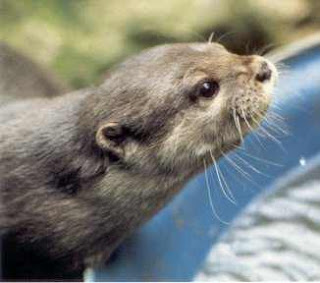 I was once given the responsibility of looking after a lovely little female otter we were asked to rear called Beenie. She became very tame but I quite ran out of ways to entertain her. Once she was about three months old I put down a plate with a little water and added colour from may paintbox - watercolours in rose pink and sap green. I laid down a slab of mount board and let her play. The result was a series of truly beautiful paintings, delicately executed. Once framed they looked beautiful. We auctioned the one above to raise money for charity - not for conservation, as it happened, but for The Hyperactive Children's Support Group. It seemed apt. Beenie went on to open the Wildlife Arts Society Exhibition in Bath, appearing in The Daily Telegraph as a result. 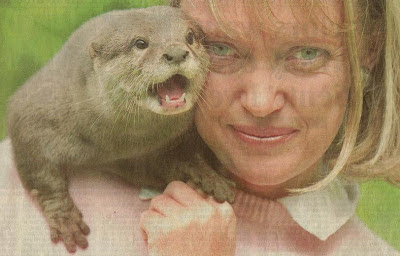 Beenie the Otter with Sophie Neville in the Daily Telegraph


On another occasion we appeared on the front cover of The Daily Telegraph newspaper with the Prince of Wales and Beenie became a true ambassador of her species. 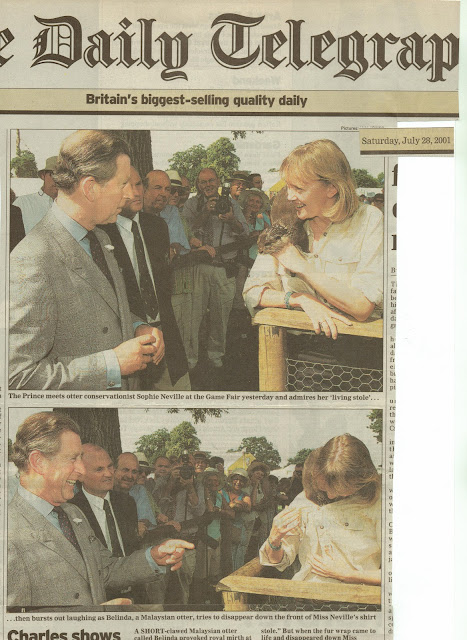 The  Prince of Wales with Sophie Neville

I have related some of the stories about keeping otters in 'Funnily Enough' but there are many more. You can see more of my own sketches of the otters - and their attempts to distract me on the Ride the Wings of Morning Blogspot. 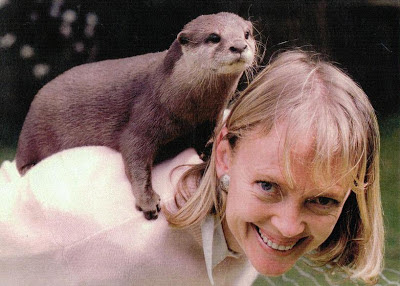