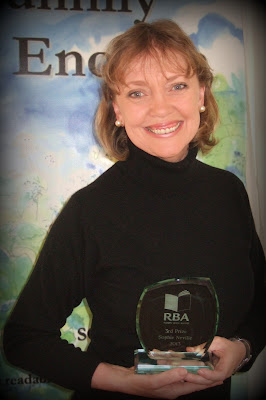 Sophie is torn between her love of Africa and returning to England for the sake of her career in television but after collapsing in her office she finds herself ill in bed and is forced to take stock of her life.
Sophie has added more illustration and brought out a new edition to help people cope with long Covid. 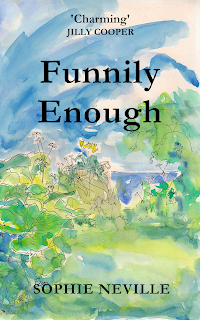 It sounds like a novel. But it's true - based on diaries prescribed as treatment by the BBC doctor. 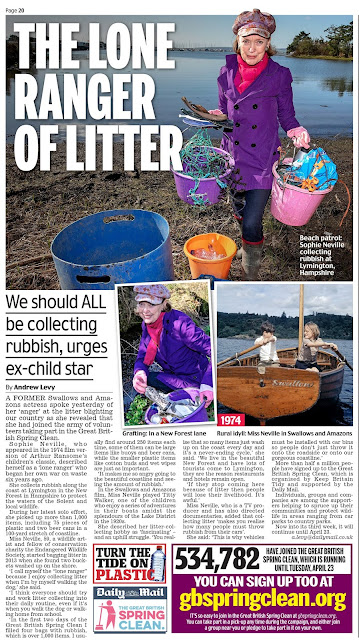 Sophie has recently appeared on ITV News at Ten, BBC South Today, ITV Anglia News, BBC Antiques Roadshow and was quoted on BBC's 'Have I Got a Little Bit More News For You'

~On the front page for the Tavistock Festival~ 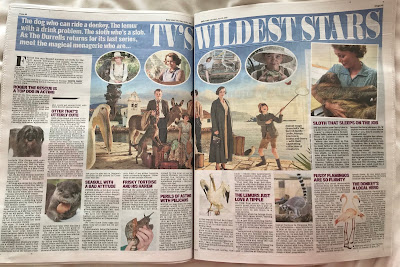 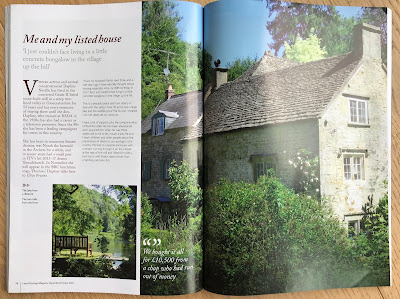 ~The location where Funnily Enough is set~

Serialised in 11 issues of the national magazine iBelieve: 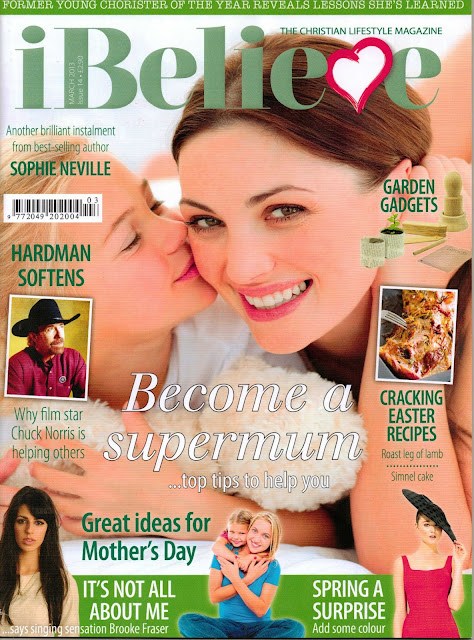 Hardcover editions, signed by the author ~ £20 including p+p within the UK ~ please email sophie@sophieneville.co.uk specifying the book title in the subject line 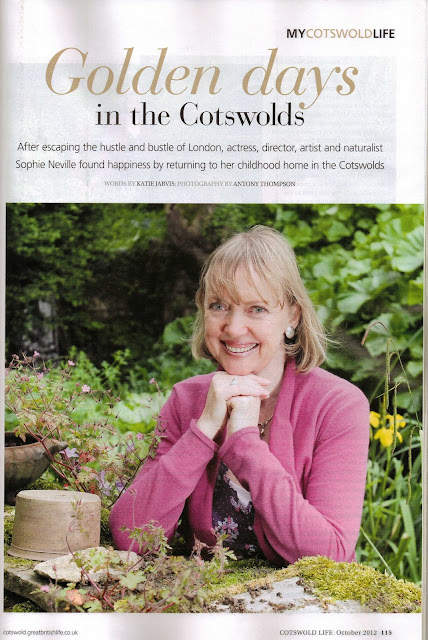 Sophie Neville appearing in a four-page feature for Cotswold Life 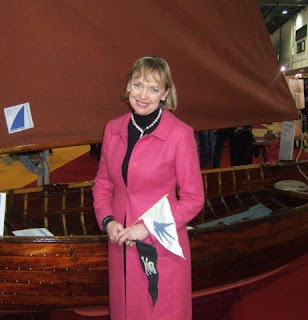 “…All plaudits to you for trying to describe and find humour in your darkest hour.” Clare Francis, Author 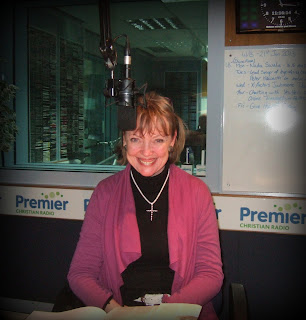 Interviewed on ‘Woman to Woman’  by Maria Toth, speaking about CFS, Swallows & Amazons and Funnily Enough on Premier Radio. Click here to Listen on Demand. 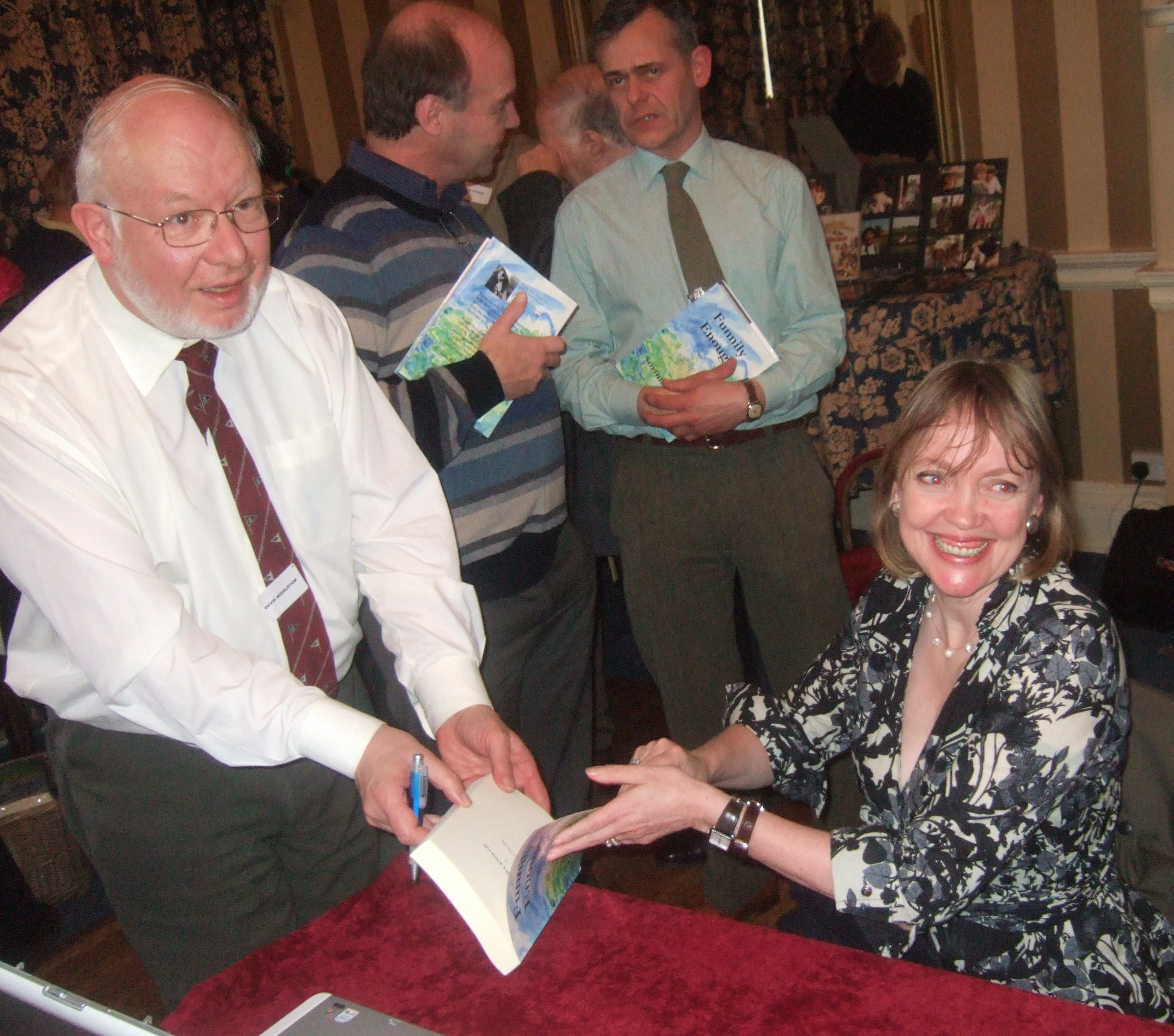 
Sophie was based at the Film Cafe at the SE New Wine Summer Conference, hosted the Bible Society stand at the Spring Harvest festival and the 2018 Keswick Conference, where she will be giving a cultural talk at the Alhambra Cinema in Keswick on Saturday 28th July 2018. 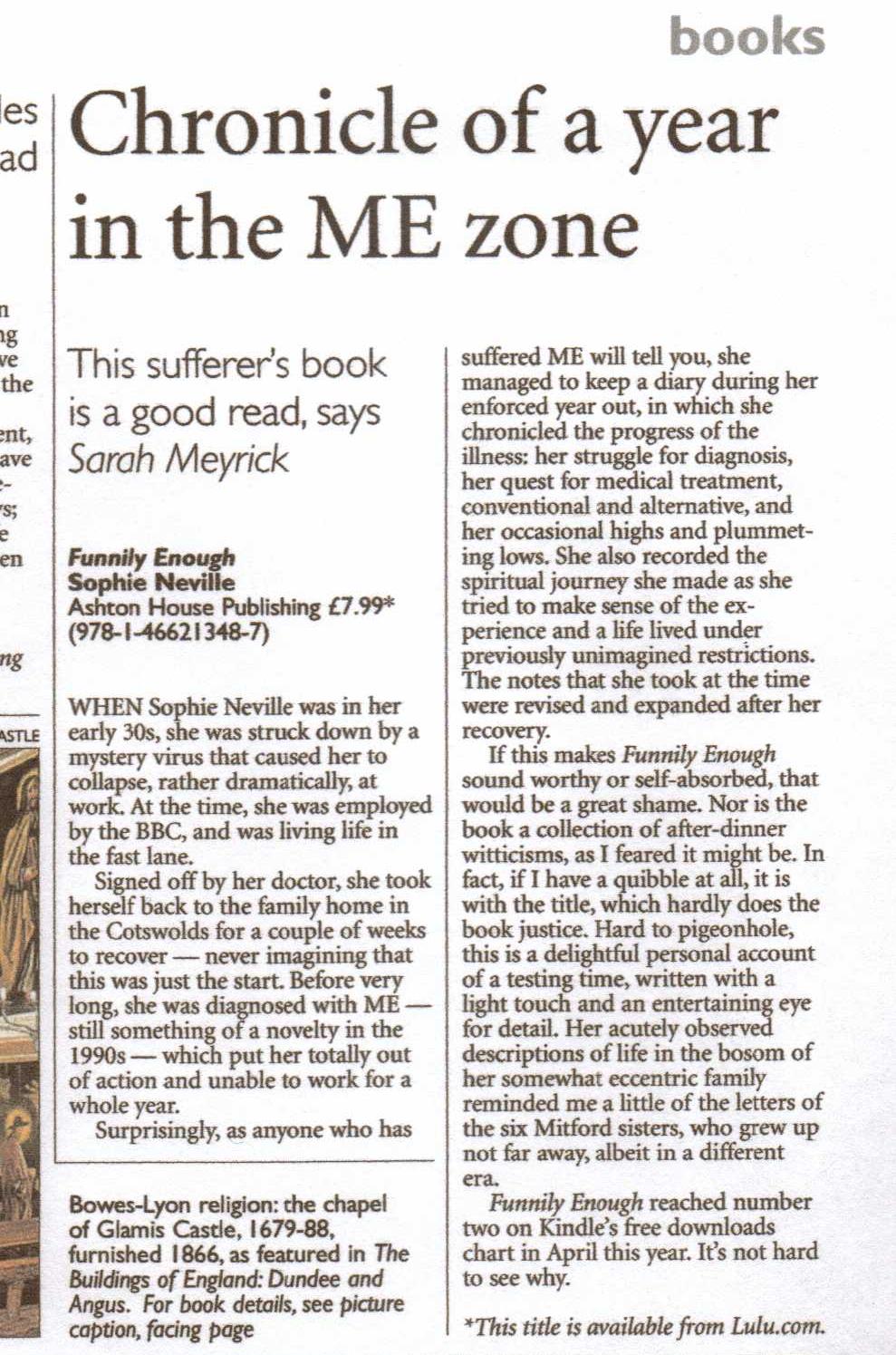 From the Westmorland Gazette - May 2012 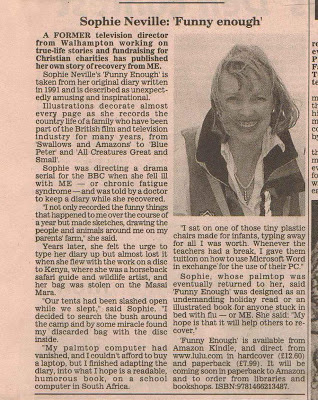 Alastair Fothergill, one of the main characters in Funnily Enough, recently produced a number of feature films for DisneyNature including   African Cats , Chimpanzee, Monkey Kingdom and Bear and is currently editing the movie Dolphins.

Sophie Neville with Bee the Otter, one of the main characters in 'Funnily Enough' 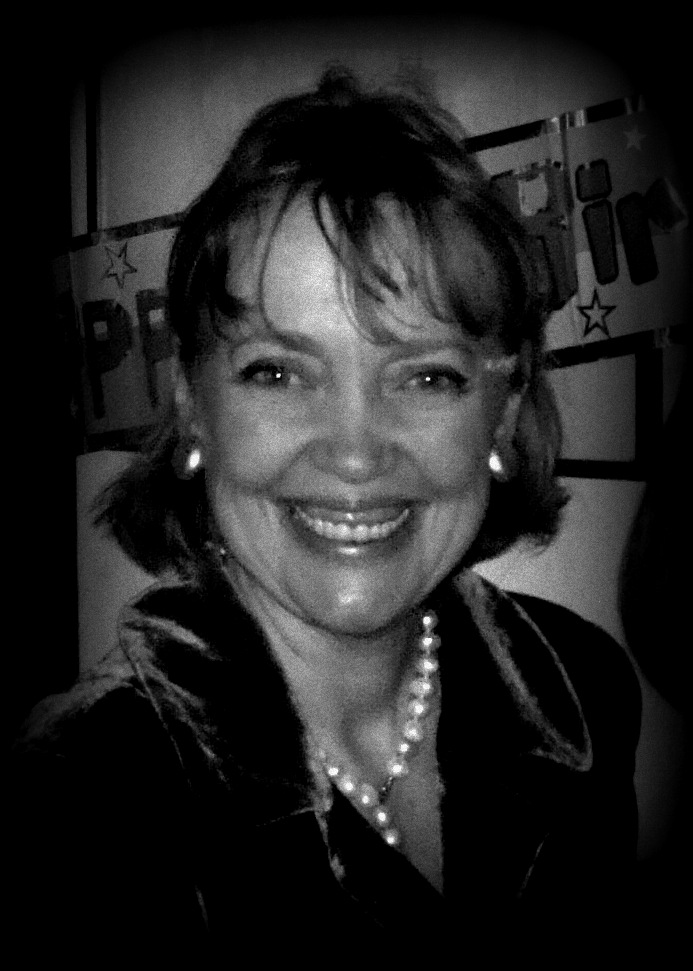 21st April 2012 ~ Funnily Enough was in the Top Three under the categories:~

Ten years ago I was given this verse:
“ Write the vision
And make it plain on tablets,
That he may run who reads it."
Habakkuk 2:2
....I thought the word tablet very old fashioned at the time, never guessing that it would be possible to read it on an electronic gadget. Mine is called 'a tablet'.

Back in 2011 we went to China on a delegation with the Bible Society and were taken around the vast factory where China's bestseller is printed. There, on the first press, was my verse: Habakkuk 2:2. I returned to England and started to format Funnily Enough for publication.

At the Amity Press in Nanjing, China in 2011

'It will make a lovely present...' Peter Norbury

Available from the Aldeburgh Bookshop - click on this picture 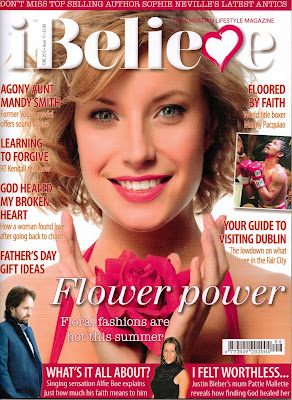 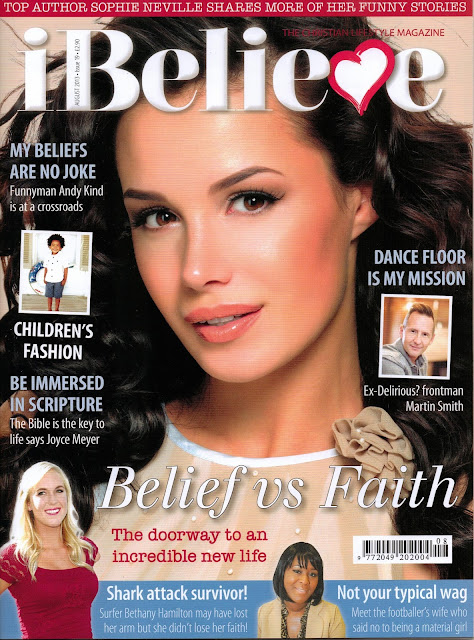