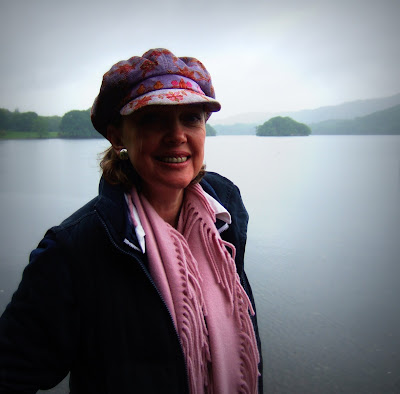 Someone has been searching the internet for a photograph of a velvet Donny Osmond hat. Here you can see the genuine article: the author, Sophie Neville wearing a Donny Osmond hat bought at great expense in Carnaby Street, in London in 1970. 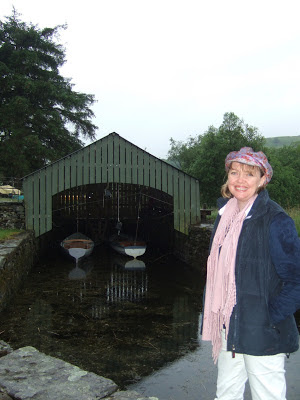 The Donny Osmond hat was originally bought by my mother, Daphne Neville. She was working at a television presenter for HTV at the time and would wore it with a brown suede coat to present Women Only on location in Jersey. I wear it all the time. It is properly lined and doesn't mess up my hair. My mother also had a cotton Donny Osmond hat with pink flowers, bought in Ambleside the Lake District in May 1973. Here she is with David Blagden, the transatlantic yachtsman who presented the televsion series Plain Sailing. This hat blew off when we were sailing and sunk to the bottom of Derwent Water but it was soon replaced by one with yellow flowers which my mother may still have. Daivid sadly died off Aldernay, when attempting another transatlantic crossing.

Here is rather a blurred version of the film director Claude Whatham wearing the Donny Osmond cap with yellow flowers. The movie actress Brenda Bruce is laughing at him in the background.

I'll see if I can find a few more photos. There are some on my Facebook page.