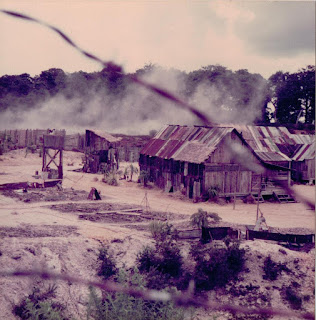 A few years ago, I was contacted by the publisher Andy Priestner, who was compiling the definative book on the making of 'Tenko', the classic BBC TV drama serial made in the early 1980s and gained incredibly high audience following - more than any television drama before or since. It is currently being broadcast on Freeview in the UK this Spring. 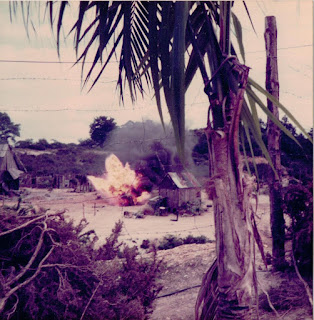 I was able to send him a whole series of photographs taken on set for the Kindle edition of his book. These included shots of the imfamous fire scene. The reason for this was that we appeared in the production as a family of girls. 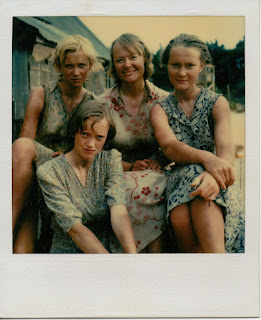 Mum began her life on the set of 'Tenko' as one of Sister Ulrika's Dutch nuns. 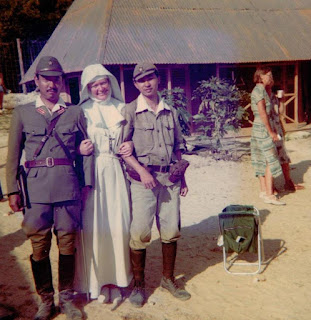 She reckoned this was because she was too fat to pass as a civilian internee and was happy to be covered up in a habit. However, another year she appeared at the camp in a floral dress, seen here along with members of the crew in their distinctive 1980's demins. 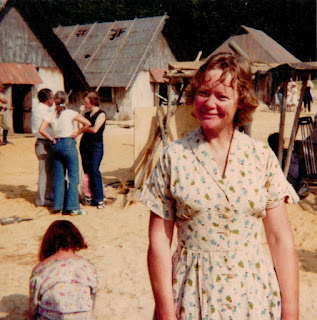 The production needed a number of supporting artists for the exterior scenes including children. They rather enjoyed playing in the sand all day. The set was near the seaside town of Bournemouth on the south coast of England where, from a distance, the heath might look something like scrubland of the Far East. 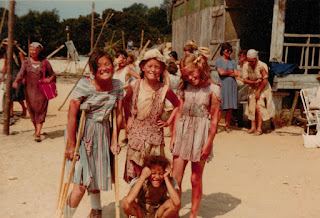 We all ended up going along. For obvious reasons, filmming on location took place in the summer months and it was a great holiday job for students. We picked up quite a bit of experience of both what it was like to have been a civilian internee under the Japaneses during WWII and how scenes were put together for a BBC period drama. Days were long but there was great comaraderie on set and firm friendships were forged. 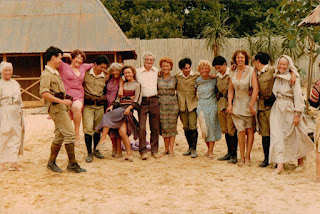 The whole series of 'Tenko' is currently being broadcast on Freeview Channel 20.

Andy Priestner's book 'Rembering Tenko: A Celebration of the Classic TV Drama Series' can be purchased online and at the all good bookshops. It is available worldwide on Kindle. 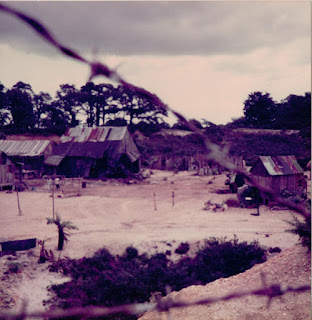