Men who have enjoyed reading Funnily Enough tell me that they are interested to know more about my father's boats. When I was seventeen, I helped Dad to renovate a 1901 Steamboat called Daffodil, which we kept on the Thames for many years. 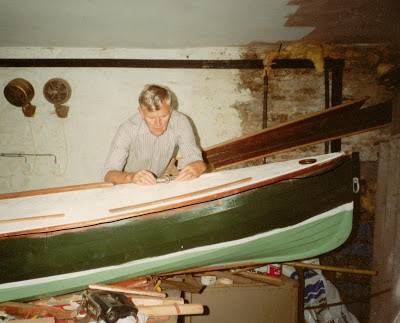 What appealed to them was Dad's enthusiasm for classic design and his energy for renovating vintage hulls. 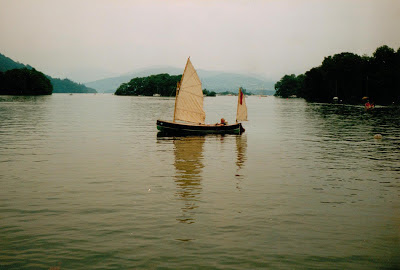 In 1991 Dad was engrossed in completing a Humber Yawl, which he had designed and built himself. We ended up taking her to the Lake District where he sailed down Windermere despite the fact that there seemed to be no wind. I preferred rowing her. 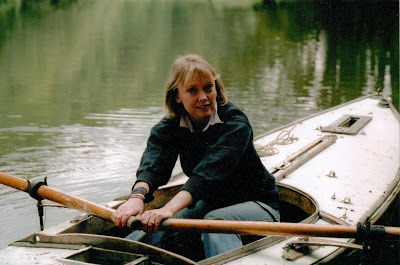 Cassy was a beautiful vessel. You could also use her with an outboard, but she proved very much a one-man concern. Almost as soon as she had been finished my father was after a new project. He bought the hull of a 1912 river launch that came down on a trailer from Scotland and immediately began doing her up. 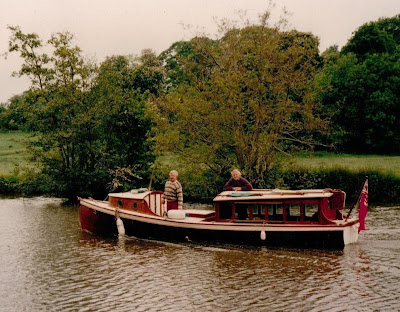 The Ottor, as Dad christened her, replaced Dad's rather fragile steamboat - a lovely vessel that as far as my mother was concerned ran silently and had a fire on board. At first my she was not keen on the idea of a noisy diesel engine but Ottor was a comfortable launch and Mum was happy once out on the Thames where there is lots to do and see. 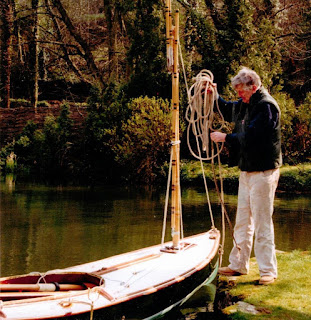 For more about Martin Neville and his books and boats
please click on http://martinneville.wordpress.com/about/

If you wish to use any photographs please contact sophie@sophieneville.co.uk