Mum appearing in 'The Invisible Woman'


Mum appears at the beginning of this trailer for The Invisible Woman, directed by Ralph Fiennes.

'Truly, Mr Dickens,' she assures him. 'It is never so alive as when it is spoken by its author.'

The hectic scene was shot on location at Harrow School where her grandson was a pupil. Her wig was originally made for Judy Dench and she rather liked the bonnet. 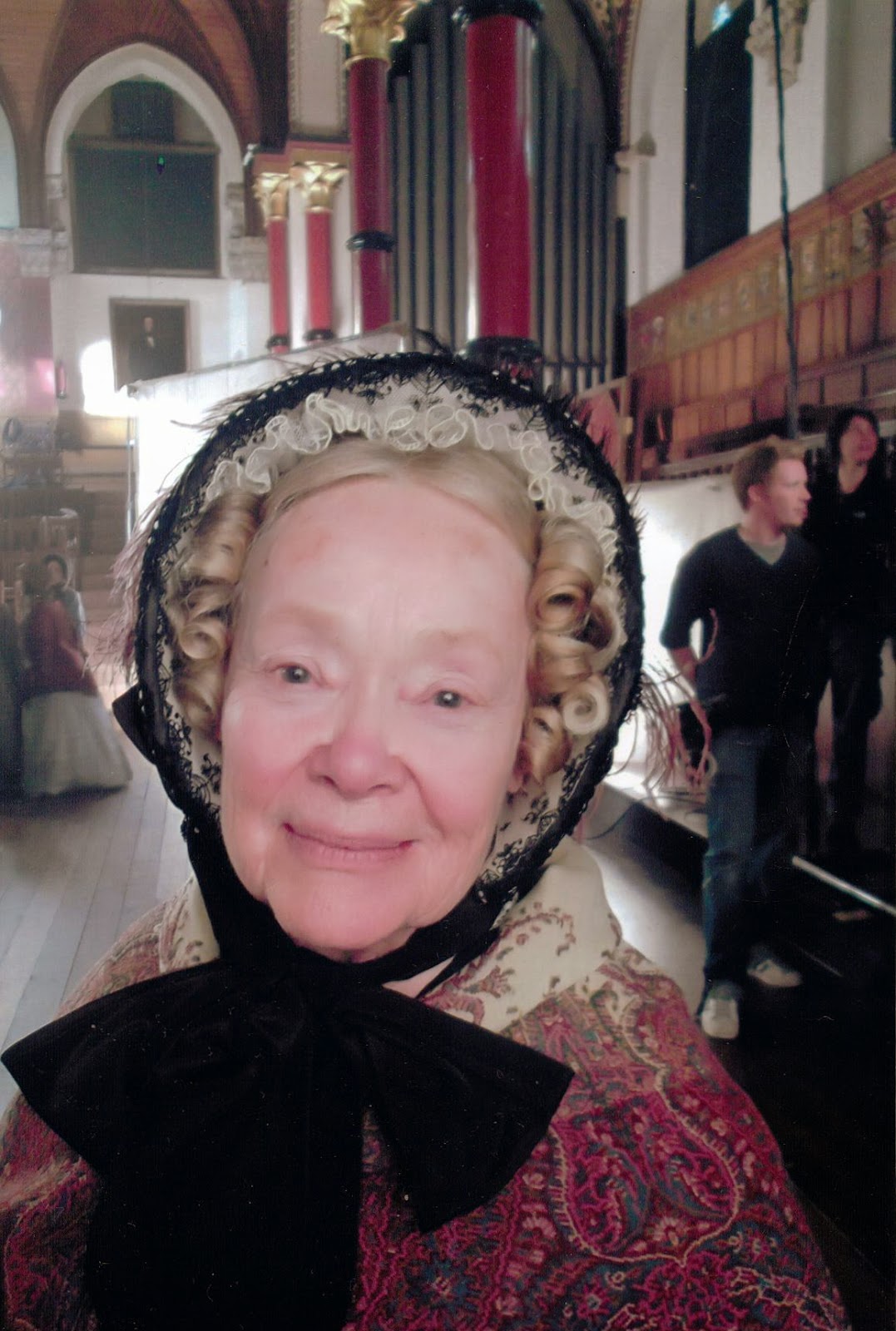 'Have you seen the film, Mum?'
'Seen the film? I was invited to the premier!'

They had cast party on a barge going down the Thames - and I could have gone!