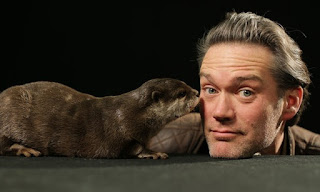 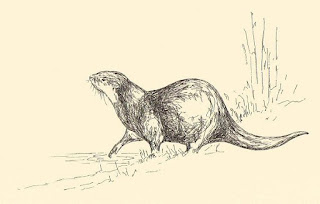 The footage was recorded in a studio where they had constructed a tank with glass sides. They filmed Rudi underwater so they could observe exactly how otters swim by slowing down the film. The accedemically ground-breaking sequence towards the end of the documentary showed how otters smell underwater by making an air-bubble and then re-imbibing it. Fascinating. 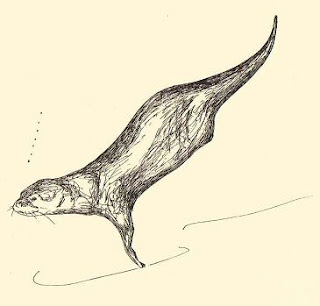 The first time Charlie Hamilton-James saw an otter was when we took our very tame Asian short-clawed otter Bee to his primary school about 33 years ago. He said he has been 'an otter fanatic' ever since. 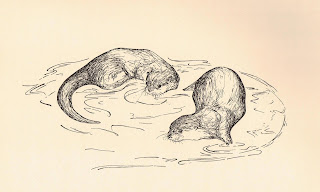 
Line drawings of the otters are by Sophie Neville and feature in 'Ride the Wings of Morning'
They are sold in aid of The Waterberg Trust as limited edition prints. Please click here for contact details.
Posted by Sophie Neville at 11:23