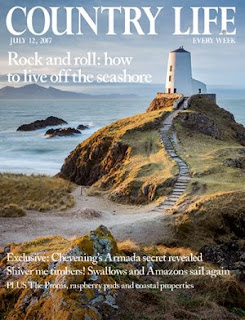 Country Life has become one of the icons of the United Kingdom. A weekly magazine and showcase for the most sort after houses in the realm, it takes pride in our rich literary heritage. This year, VisitEngland are celebrating the life of Arthur Ransome who died 50 years ago, leaving us a legacy of inspirational books about fishing, sailing and exploring the great outdoors. 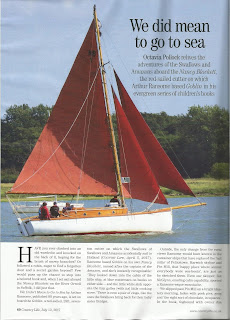 Feature writer Octavia Pollock returned from San Francisco longing to sail in British waters. She was intrigued to hear that I was a member of the Nancy Blackett Trust and that it was possible to grab a chance to enjoy a weekend aboard Arthur Ransome's favourite little yacht, a 28 foot cutter that he bought with 'Spainish gold' - which is what he called publisher's royalties from his Swallows and Amazons series of books. 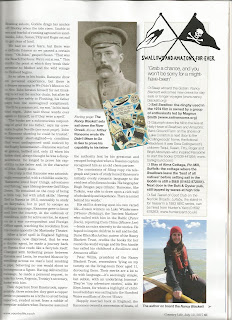 Although first released in cinemas in 1974, the British movie was broadcast in Australia on 9th July this year and can be purchased on DVD or Blu-ray to take you sailing back into memories of you youth. 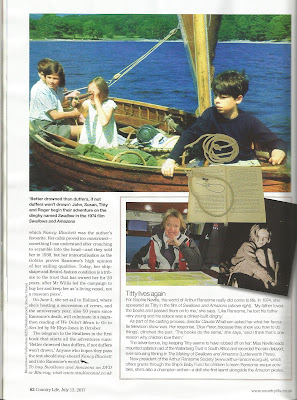