My Mother's Maddest Moments in Movies 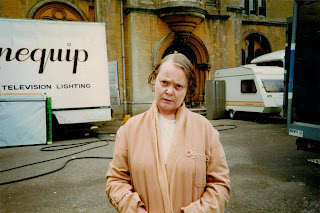 It all started when Mum played Mad Mary in the She-Wolf of London. My sisters were mortified. 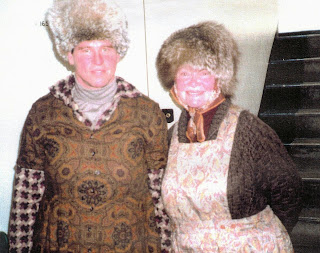 She then appeared as 'a lovely Babooska' in The Saint with Val Kilmer for Paramount Pictures. He was dressed up as a babushka too, trying to escape from some baddie, you'll have to tell me who. 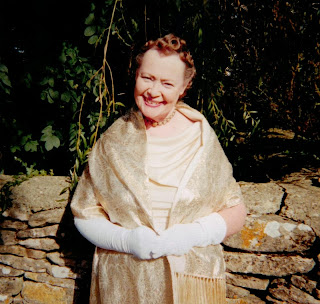 Things got worse. Here she is in The Ghost of Greville Lodge, but what shocked her friends recently was seeing her looking hideous as the Dowager Duchess in a TV movie Maggie Smith starred in called Capturing Mary. It was directed by Stephen Poliakoff. At least she was drenched in jewels. 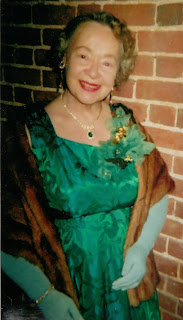 Seeing Mum on Casualty was somehow more appalling. She played a pathetic character called Doreen Oaken in one episode but said it was quite restful as she spent most to the time being pushed around on a gurney. 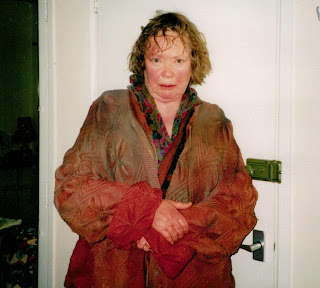 Her best part was playing Miriam in The Chase directed by Sue Tully, who I worked with years ago when she was in Eastenders. The Chase is a BBC drama series about a veterinary practice in Yorkshire. Mum adopted the accent, and was given a terrible haircut, to play a resentful woman on community service who found fulfillment when she came across a baby otter trapped in rubbish and managed to rescue it. Needless to say it was her own tame otter. She must have spent days in a costume comprised of fisherman's waders over a red zoot suit but has never been happier. 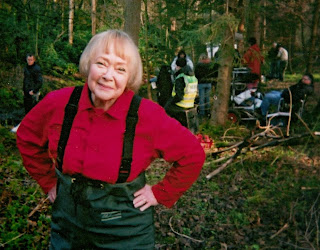 Mum's lastest role was playing a nun for the BBC. I just hope my sisters do not see the result. 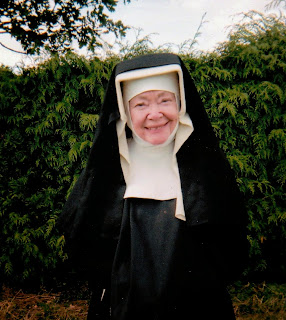 Click here for more photos of this mad life or read the true story - snatches of which are in Funnily Enough.